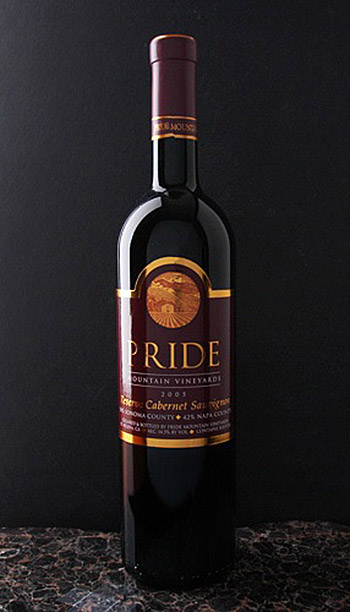 As has become tradition, our Rock Arch cabernet, the last grapes to be picked in 2008, is featured prominently in our Reserve Cabernet, the final wine of the vintage to be released. This year we are also very excited to have a new contributor to the blend. Our "Jim's Vineyard" block, planted in 2006 with green-growing bench-grafts taken from the 30-year-old Rock Arch block, produced a tiny crop that made an elixir so tantalizing it just had to be featured in our crown jewel reserve wines. Jim's shares many of the unique traits we love about Rock Arch – inky black color, massive but supple tannins, and flavor intensity that won't quit. But "Jim's," named after founder Jim Pride, has a lushness and voluptuousness we have never experienced from Rock Arch. With flavors of black cherry, kirsch, plum, dark chocolate and hazelnut, the 2008 Reserve Cab is a concentrated, velvety, smile-inducing, "wow" wine.